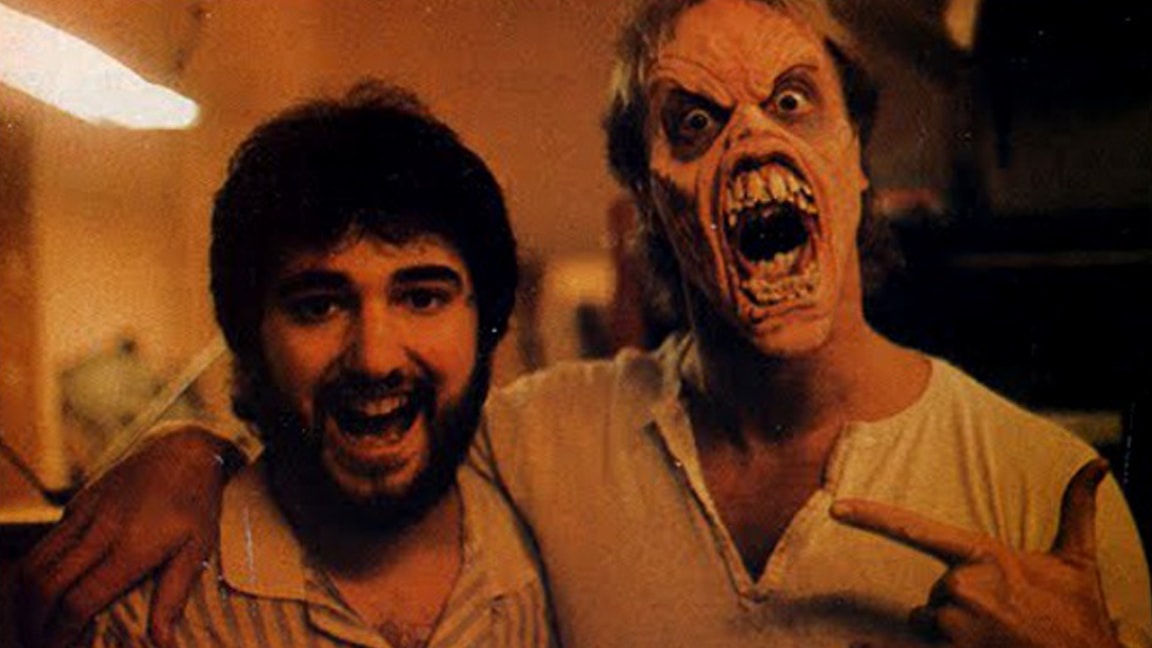 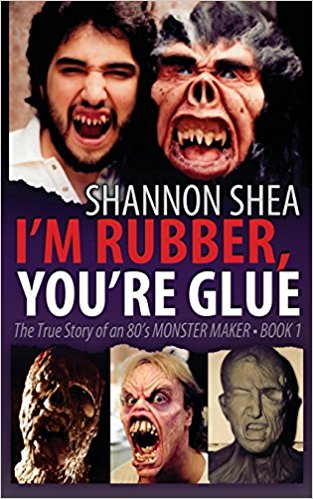 A fun and laid back memoir about a Regular Joe special effects artist trying to get a leg up in the industry, I’M RUBBER AND YOU’RE GLUE reads more like a casual diary then a tell-all memoir. Shannon Shea is an effects artist that has worked on some of the biggest films ever: PREDATOR, EVIL DEAD 2, THE MONSTER SQUAD, but I had never heard of him before I picked the book up.

It became fairly obvious why as I got deeper into his story: Shannon is not a super-star designer like Rick Baker or Stan Winston (who Shea worked for a lot), but a talented shop worker that had a great work ethic and could think his way around a problem. He worked on a lot of big shows, but he would be under the thumb of a bigger name that would take all the credit.

Shannon starts the reader at the childhood ground floor of his monster love (the worst part of biographies, but pretty fun here), up through his years at CalArts and his struggle with booking regular gigs in the industry. 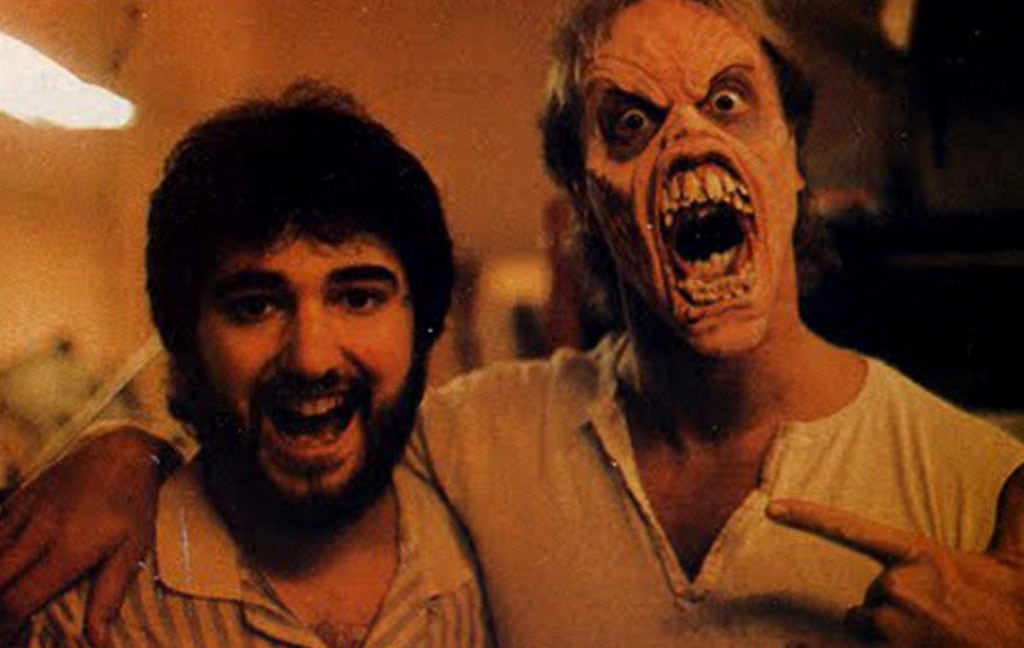 Shea’s got a clear writing style that makes his tale move at a brisk pace. We get the low budget travails of trying to pay the rent, living with slobs, and working on a handful of crappy productions (THE SUPERNATURALS!) before things take a turn and Shannon finds himself on bigger productions like FROM BEYOND and INVADERS FROM MARS. The most interesting stuff is the simple nuts-n-bolts of the effects process and the little screw ups that feel like the end of the world (Oh no! Liquid spill!).

Shannon is fairly forthright, but there’s the sense that the juicy stuff is sometimes hanging around on the edge of the pages. There are very few deep dive stories about celebrities he worked with (Ted Raimi was nice), but there is the shocking moment when a Effects Supervisor punched Shannon in the head and the reality of working in Stan Winston’s shop when you’re one of the few people that didn’t work on ALIENS in London. It sadly hits the breaks (This is BOOK 1!?) before it gets to the real good stuff. 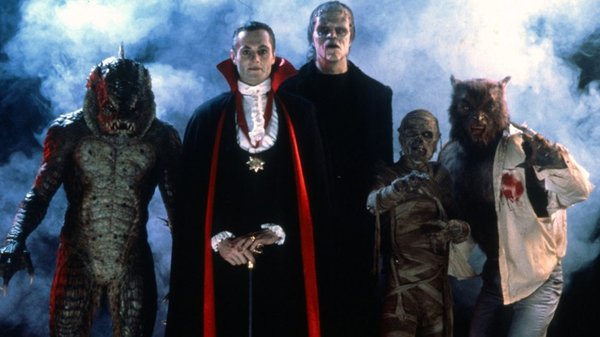 At the end of the day, this should be a pick up for folks that want to read about a passionate monster movie fan working in the industry. There’s no big revelations, or shocking twists, but it’s a breezy read that really illustrates that you don’t have to be the end-all-be-all in your creative industry. Sometimes you just need to be a workhorse.